What and Where to See, Do and Eat and Stay in Sin City

More than just a city, more than just an experience, Las Vegas is its own living, breathing organism; a shape-shifting pulse of energy that morphs into something new and different each day and night. Indeed, this is a travel destination that feels perfectly suited for anything you desire and it's constantly changing. Here are some must do's of the moment:

Shows happen Vegas that could only happen in Vegas, for both sheer scale and spectacle.Start with a little magic from Mat Franco, the immensely likable 31-year-old magician who won NBC's America's Got Talent. Franco performs a nightly show that feels grounded and real; as opposed to disappearing the Statue of Liberty or an airplane, it's more "real magic," the sort of sleight of hand where you are certain you can figure it out...but you can't. It's just that good.Just relax and enjoy your stunned disbelief at The LINQ Hotel & Casino in The Mat Franco Theater.

Almost as fittingly bizarro as Las Vegas itself, The Blue Man Group, an iconic piece of performance art centered around 3 blue musical mutes, resides fittingly inside the luminous pyramid of the Luxor Hotel and Casino. Staged inside a custom theater designed for maximum audio/visual effect, the performance celebrates humanity through music, technology, human connection and humor. There is nothing on earth like this show. I saw the show in New York City back in the 1990s and it has evolved significantly since then. A guaranteed crowd-pleaser for any age.

While the delights of the strip are beyond compare, sometimes you just need to get out of town.Book a flight with Papillion Tours, the oldest Grand Canyon helicopter sightseeing company, and within a short time of leaving your hotel you can find yourself 4000 feet below the rim of the Grand Canyon on a private plateau sipping on champagne.Soar over Hoover Dam, Lake Mead, and Grand Canyon West in a state-of-the-art EC130 helicopter with wraparound windows and find yourself standing at the bottom of one of the seven natural wonders of the world in the morning and then back poolside or at a blackjack table by the afternoon.

With more award-winning chefs per-capita than just about anywhere in the world, food tourism in Las Vegas is just about as big as gambling.Any visit to Las Vegas demands a steak dinner; you will be hard pressed to find a better one that at Del Frisco's Double Eagle Steak House.This Vegas institution just off the strip just underwent a $2 million dollar renovation and feels Old School yet fresh and modern at the same time.Start with seared Hudson Valley foie gras or charred octopus and move into some of their magnificent dry-aged steaks like the 32 oz. "Double Eagle" 45-day dry-aged double-bone prime ribeye, a behemoth of flavorful marbled beauty.Also save room for their signature Butter Cake with butter pecan ice cream, one of the greatest non-chocolate desserts known to man.

For a Big Fat Greek Dinner, dive into Estiatorio Milos, arguably the most renowned Greek restaurant in the world. Start with the signature Milos Special, paper-thin zucchini and eggplant that are fried and then stacked up and served with housemade tzatziki sauce and graviera cheese saganaki. Then peruse the in-house seafood market for your flown-in-directly-from-the-Mediterranean fish. Hyper-fresh red mullet, dorade and bronzini are then perfectly cooked and some then fileted tableside. Sit on the terrace overlooking the strip, accented by romantic lanterns and a unique misting system during the summer for the full experience.

In a sea of all-you-can-eat scenarios of Vegas, nothing compares to the Wicked Spoon in the Cosmopolitan of Las Vegas, a buffet bacchanal not only with epic portions but top-tier gourmet quality. Brunches are epic here: red velvet pancakes, eggs benedict and French toast with Chantilly cream are but a few of the seemingly limitless options. Grab the bottomless beverage package for an additional charge and sip mimosas along with your feast (for a 2-hour period). Hang around for dinner and devour sushi, carved meats like pork shoulder as well as table after table of multi-ethnic noshes and a legendary dessert spread.

Not only is Chef Jose Andres a 3-time James Beard Award Winner but also a Nobel Prize nominee for his work with Puerto Rico after Hurricane Irma. With China Poblano,Chef Andres decided to brilliantly offer Chinese and Mexican food, noodles and tacos, side-by-side on the same menu. This is not a forced fusion but a delightful co-existence of great dishes in their traditional expression where one moment you can be devouring tableside guacamole and a blue corn quesadilla, the next chowing on steamed Chinese BBQ pork buns and fried shrimp won tons. These are two cuisines you'd never imagine had much in common until you experience them executed flawlessly and served in sequential courses. The hardest part is choosing between the churros or the mango sticky rice for dessert.

Until recently, Blue Ribbon in Las Vegas was a sushi-centric concept but now it's transformed into an homage to the hipster brasserie motif that made the original in New York City a legend. Residing in the Cosmopolitan Hotel, the new menu features an eclectic mix of global comfort food delights from a Chinese Pu Pu platter to Russian caviar to matzoh ball soup to paella to their iconic fried chicken. And just because it's pure over-the-top Las Vegas, be sure to order the "The Cosmopolitan," an epic cold seafood tower served with its own bottle of crisp champagne.

Like a tranquil oasis set in the heart of Sodom and Gamora, The Four Seasons Las Vegas hides in plain sight, floating above the melee and discreetly occupying the upper floors of the Mandalay Bay Hotel at the end of the strip.Enter the hotel through its private exterior entrance or go in right off the casino floor through covertly labeled entrances with your specially coded key.Up in the rarefied air of the top floors, enjoy sumptuous accommodations and bespoke service while drinking in birds-eye views of the twinkling lights of the strip and the vast expanse of the Mojave Desert. 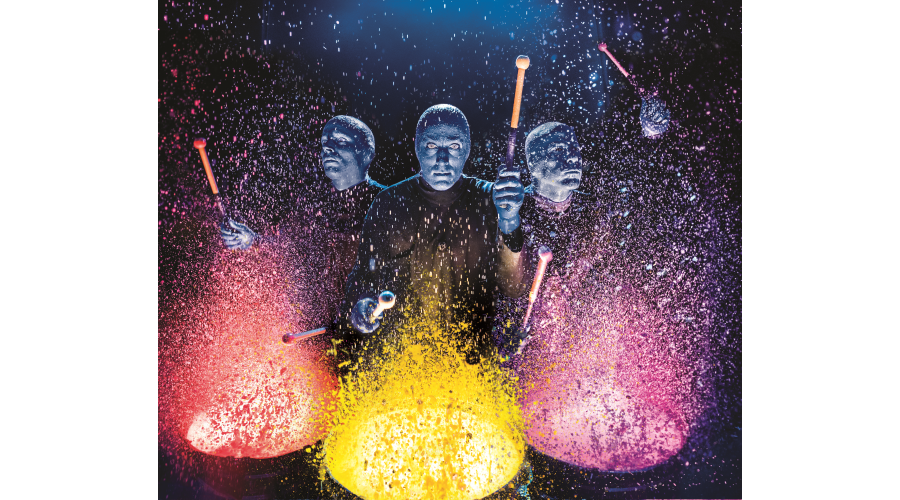 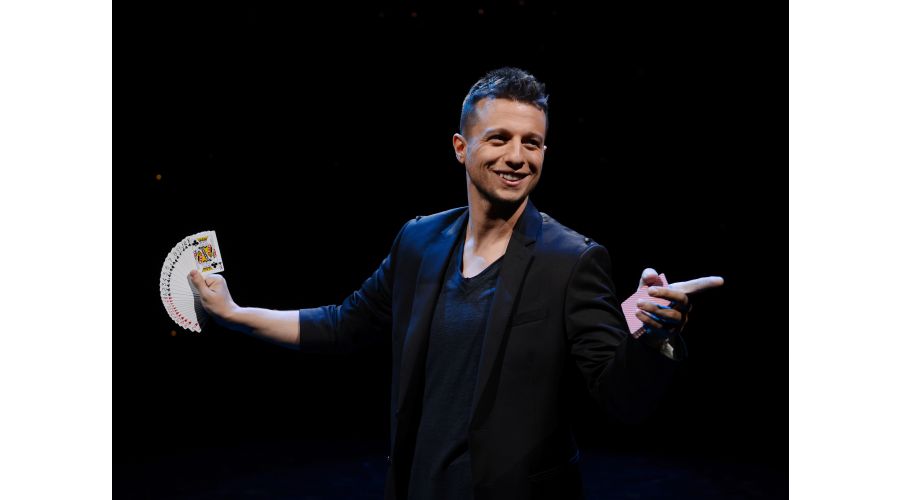 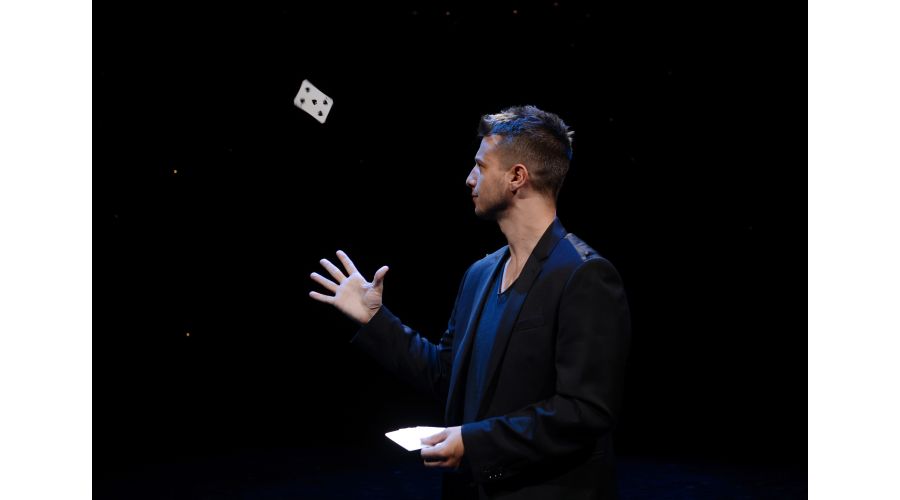 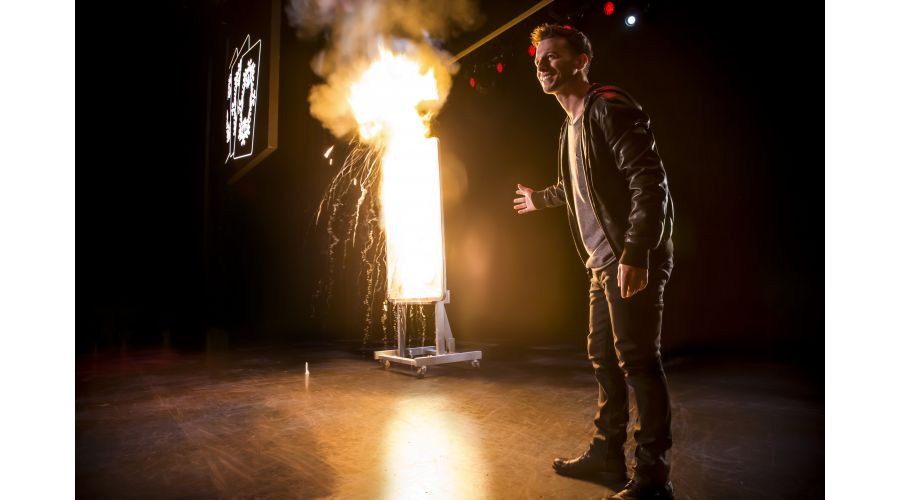 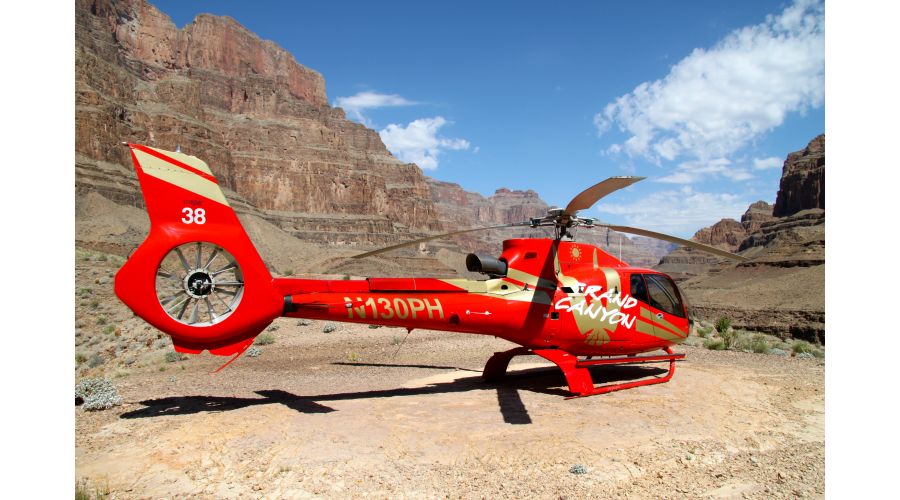 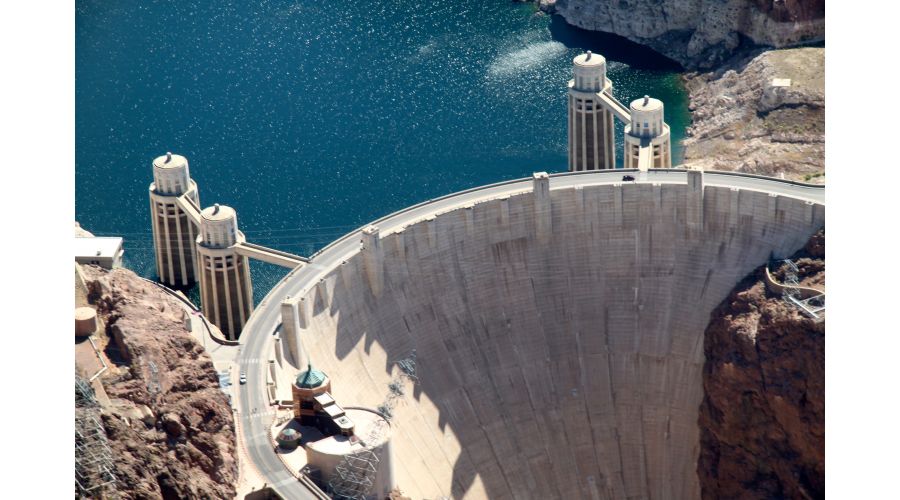 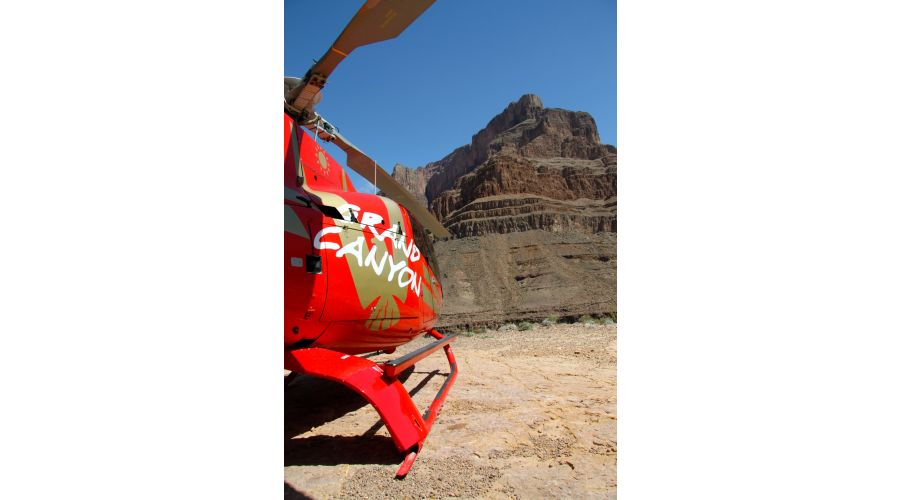 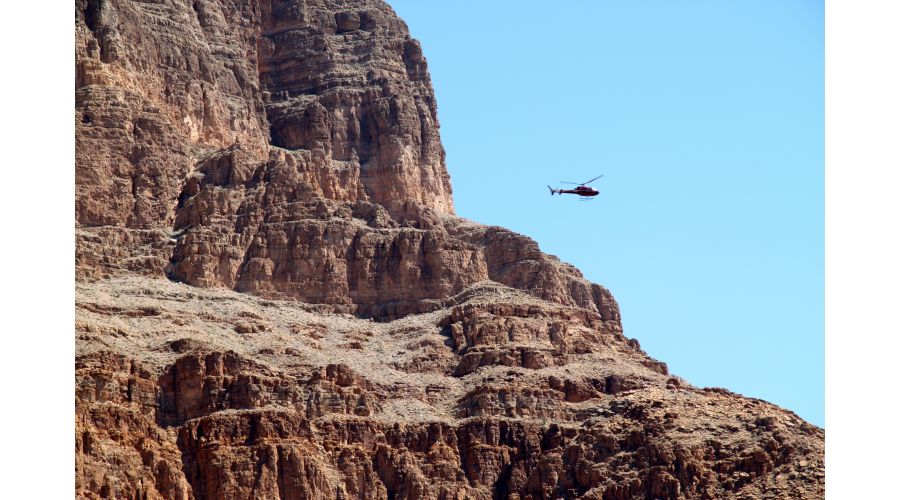 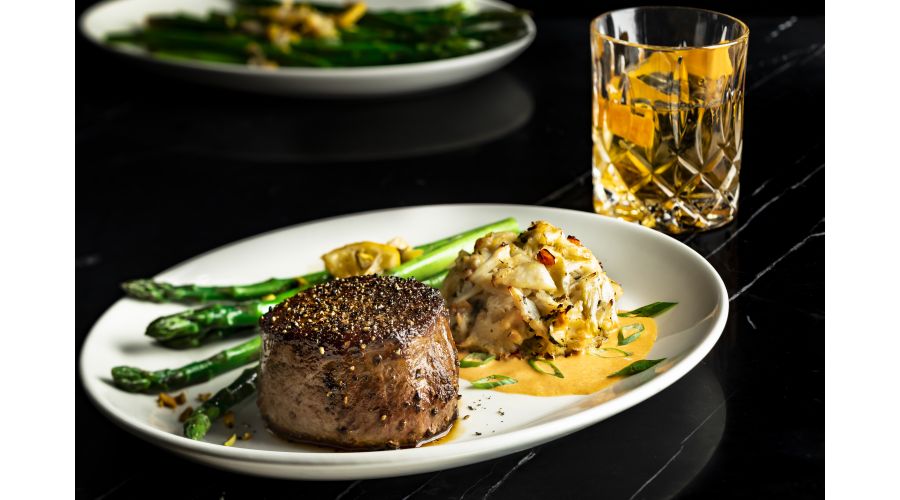 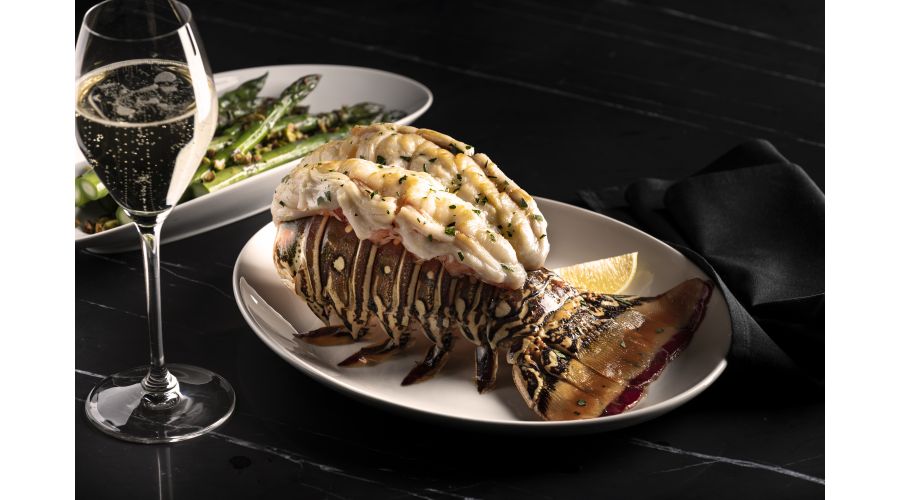 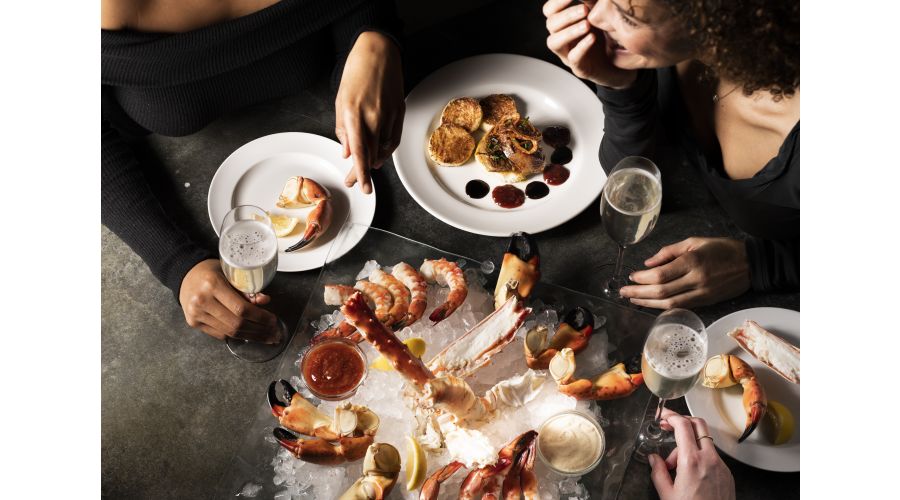 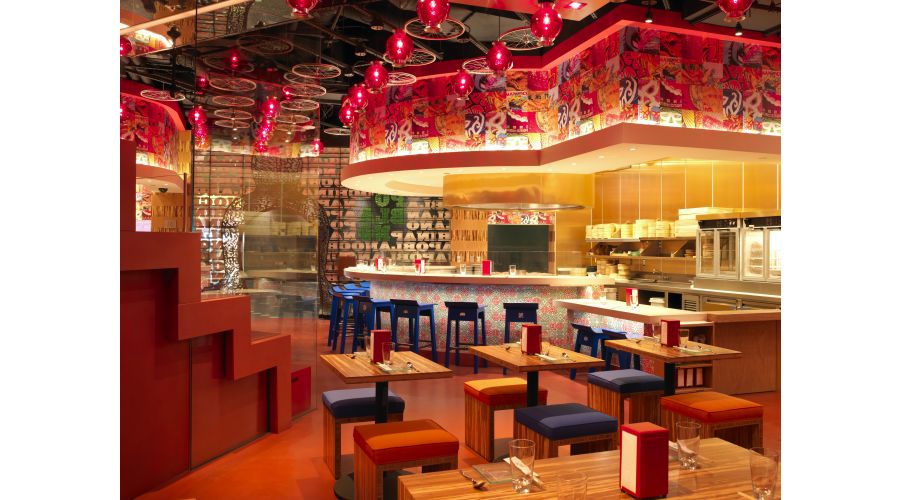 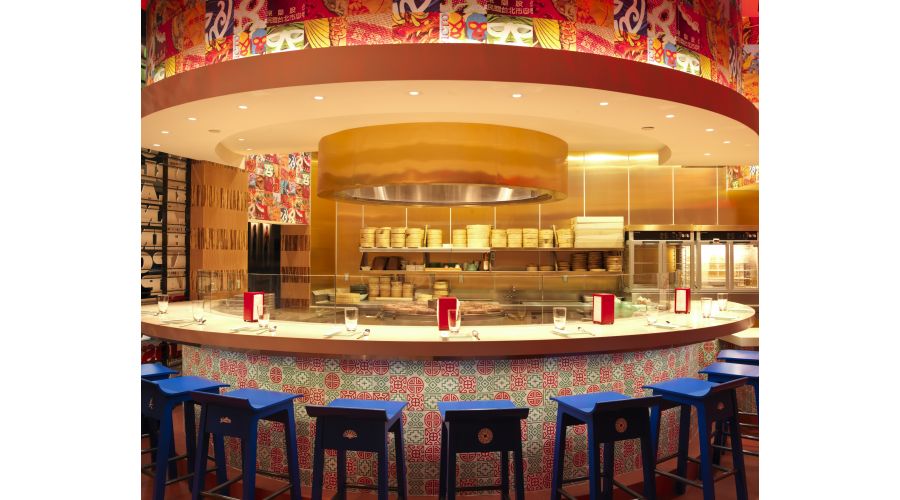 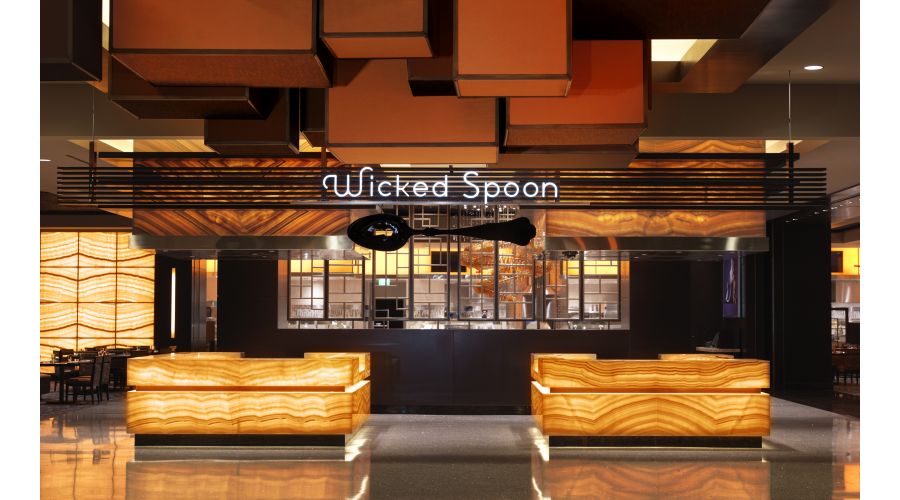 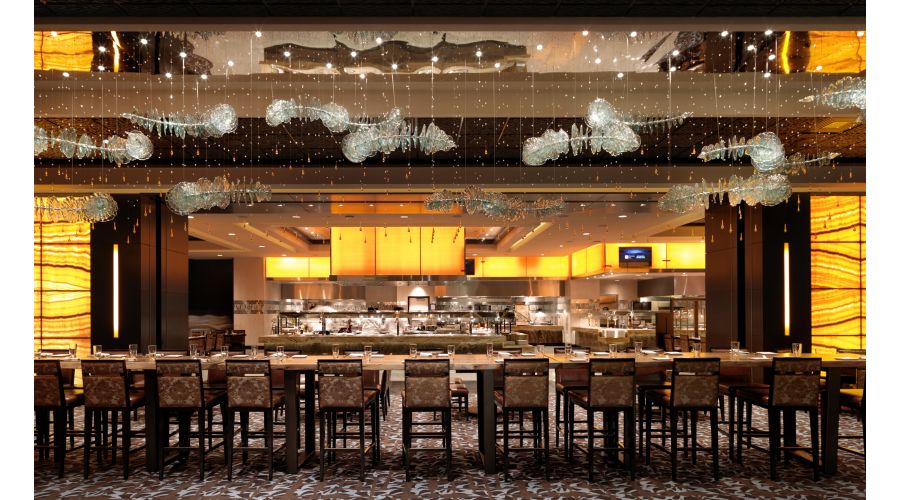 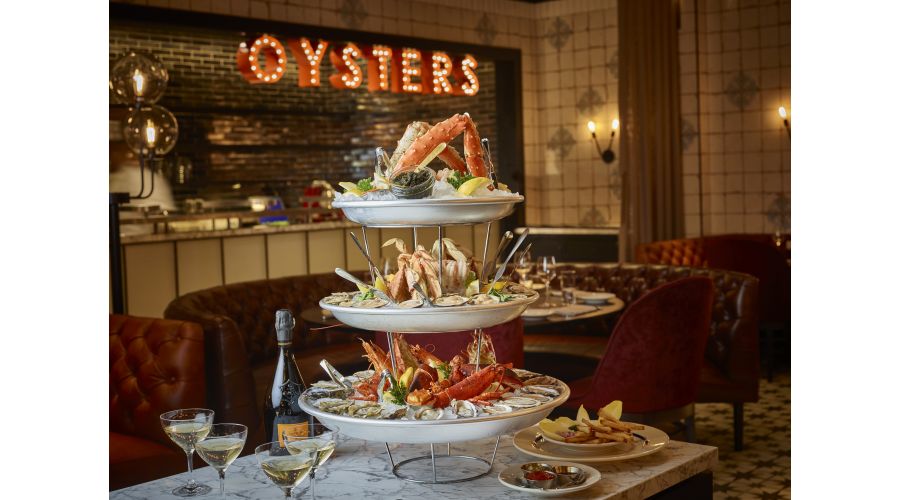 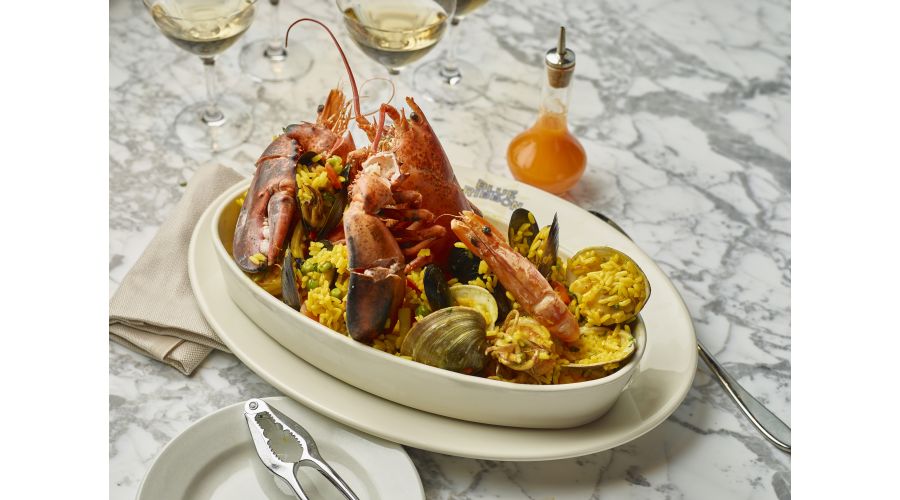 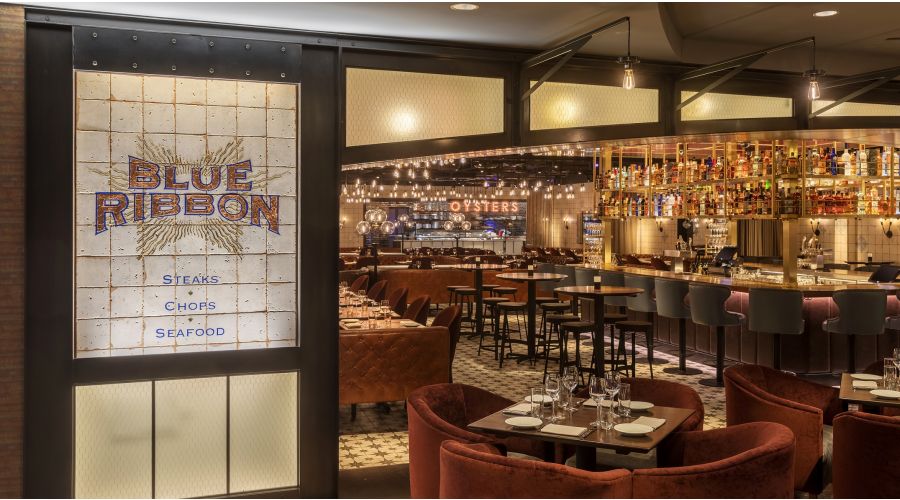 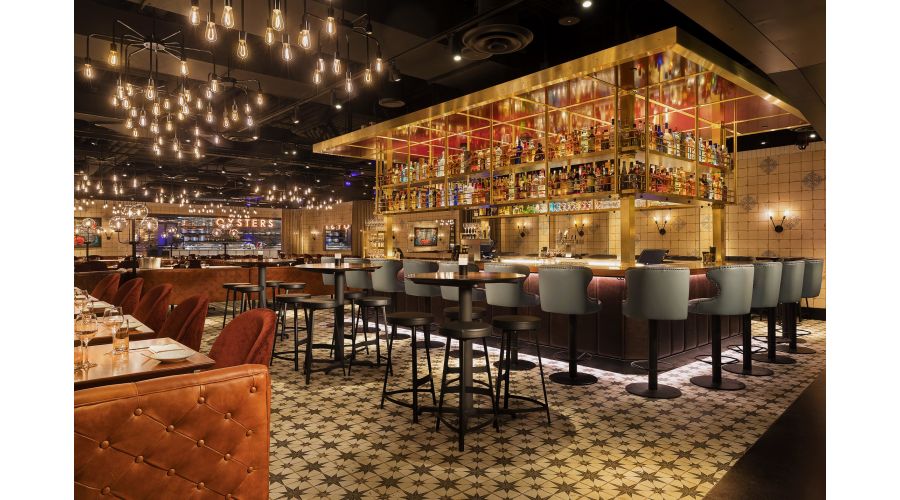 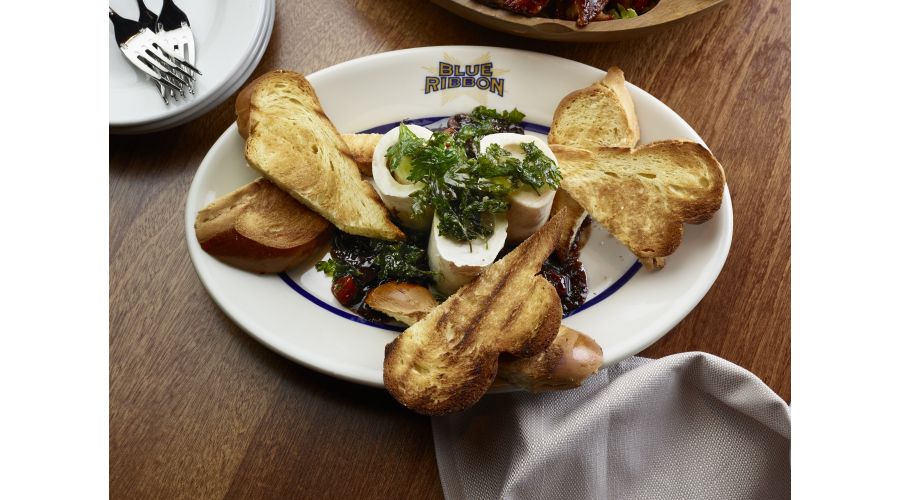 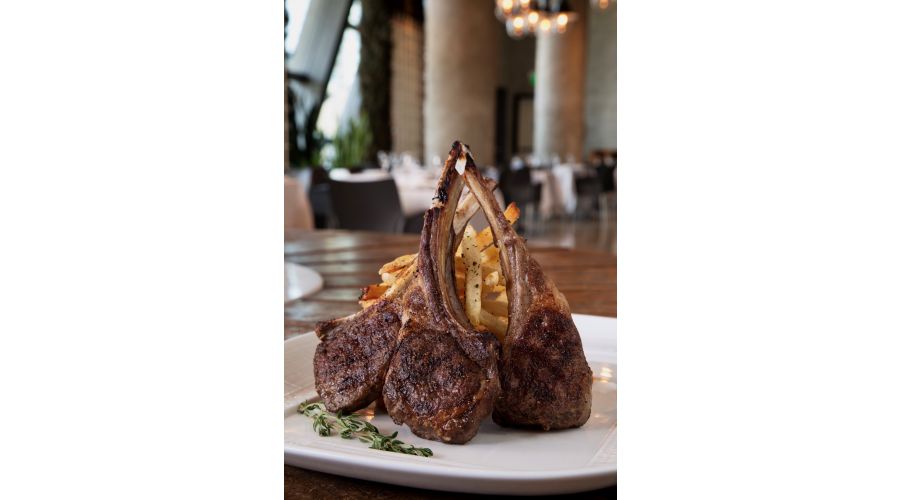 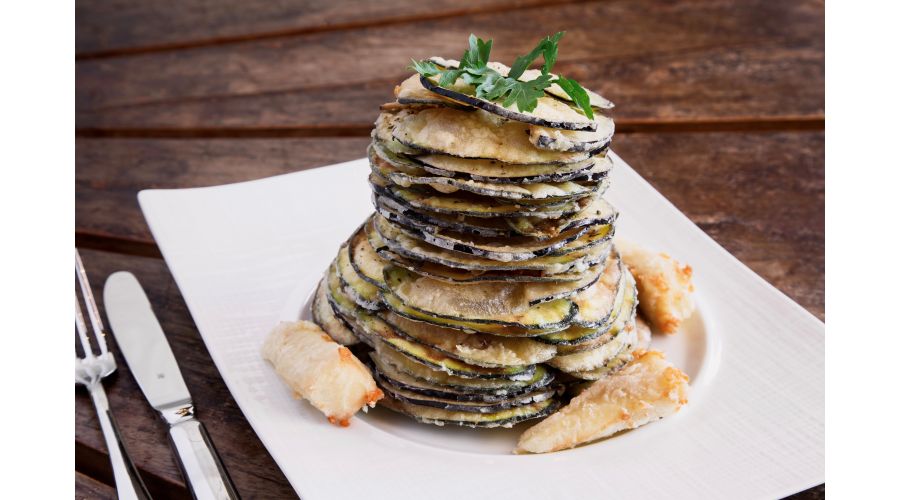 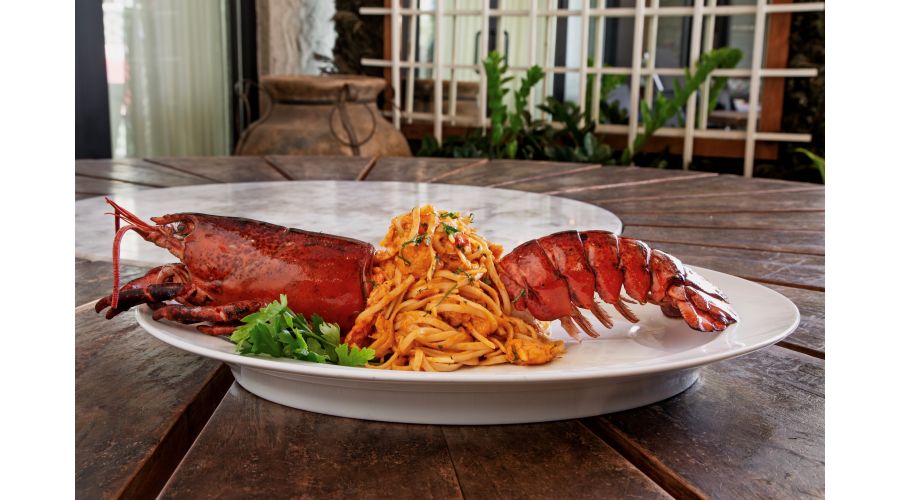 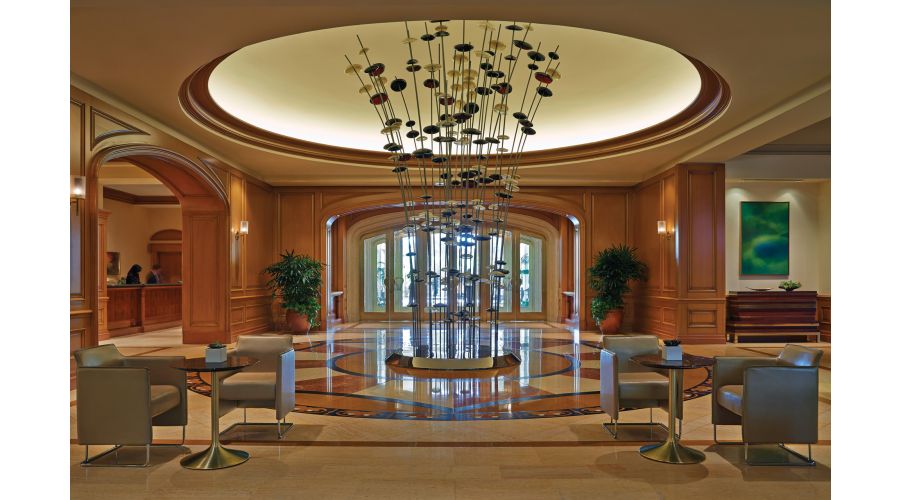 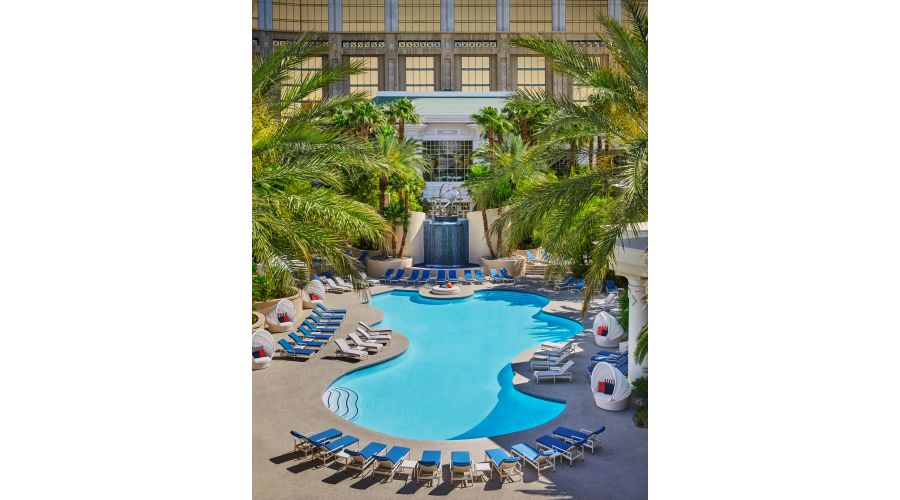