Walk to the end of the bustling Food Hall and come upon a blazing neon sign which beckons you into the restaurant. Inside the operation compartmentalizes into a bar area, a 1200 square foot parlor with plush furniture and a large dining room with flames rising from cooking stations in the open kitchen. The décor features muted neon colors (mostly pink and green), and whimsical flourishes but overall feels cozy with infectious energy. Local artists contributed to the aesthetic throughout with hand-painted tiles and a large mural in the parlor. Inside the bistro area, floral artistic installations surround diners in their pink banquets and even float from the ceiling in some places. It's a little Miami Vice, a little tropical Old Havana, and a little Alice in Wonderland but the blurred lines of high design and kitsch totally work. It's upscale dining that does not take itself seriously in the slightest.

As far as the menu, it's a reflection of stages in owner Tal Baum's life with hints of Israeli/French and now American. The eclectic offerings include steak frittes, a fancy burger, mussels, foie gras and Georgia trout. I had the tuna crudo, octopus and a dynamite Joyce Farms chicken dish, each served in different plates and settings, each special in its own way. The cocktail program cleverly reinvents the martini, pina colada and margarita. And the Yuzu tart with grapefruit sorbet and edible flowers might be the single greatest dessert I have ever had (but next time I must try the bananas Foster).

Ponce City Market continues to astound with its roster of top-tier original, independent restaurants and Atrium raises that bar even higher. 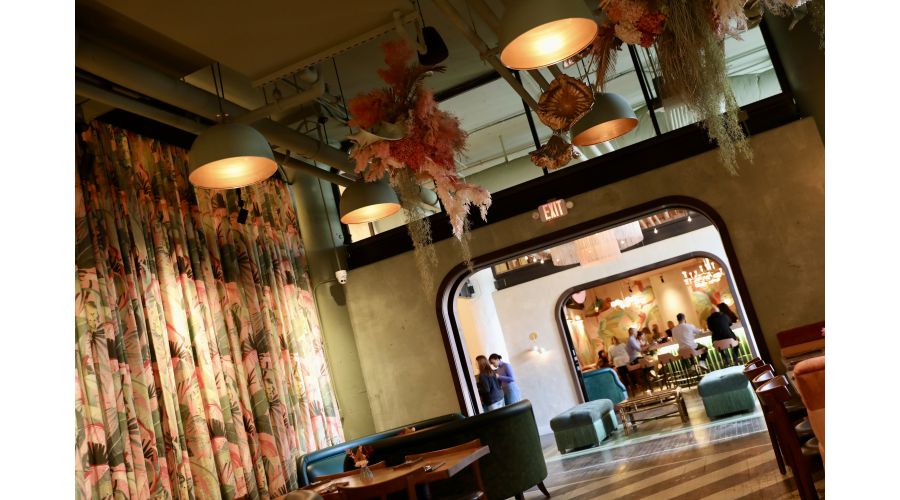 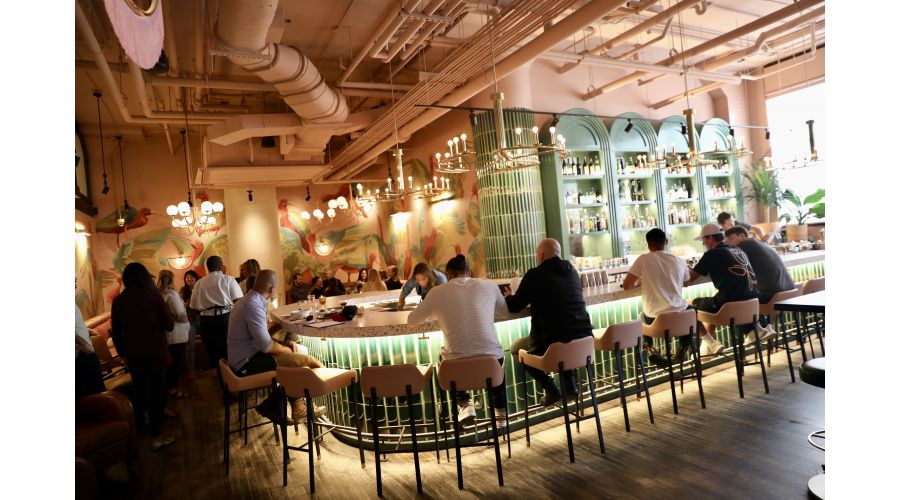 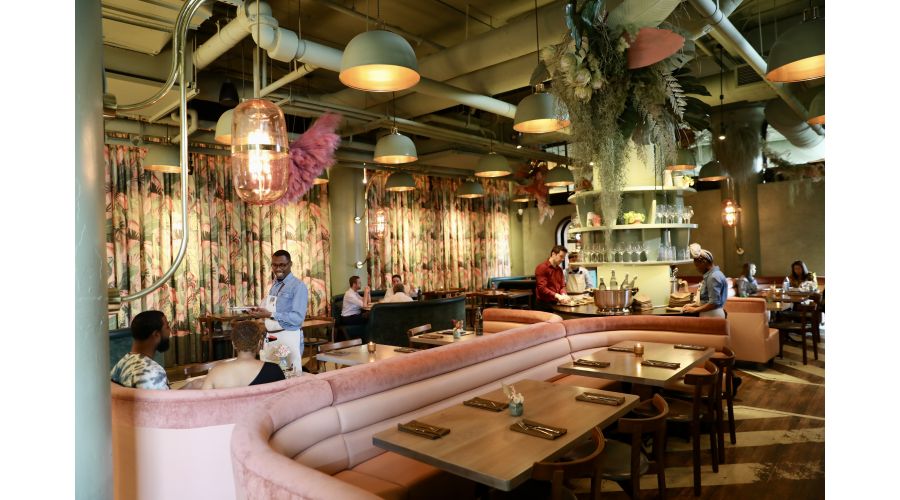 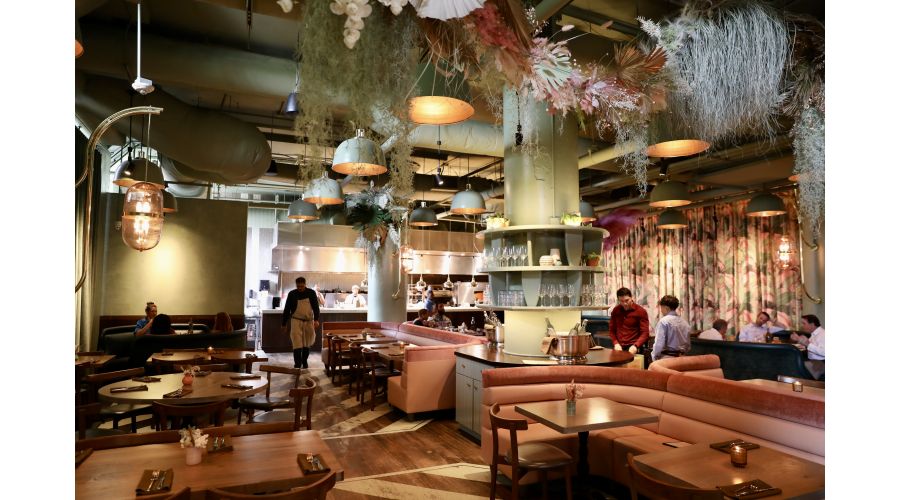 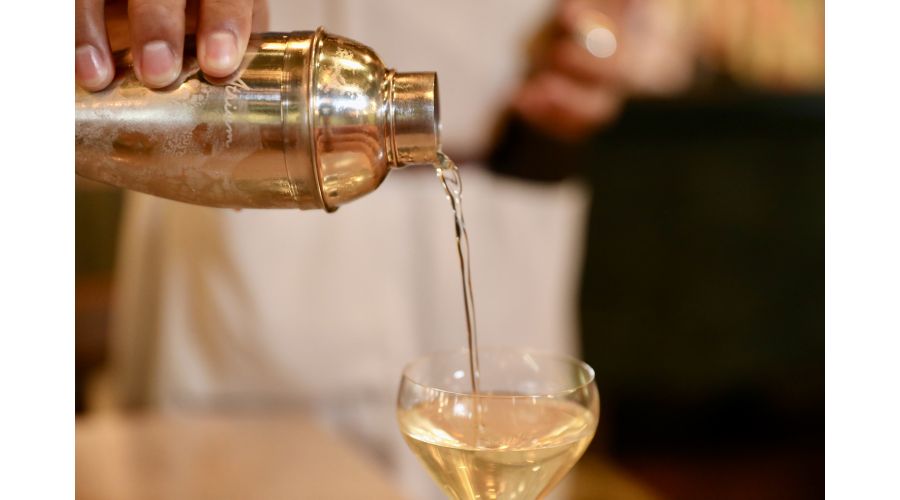 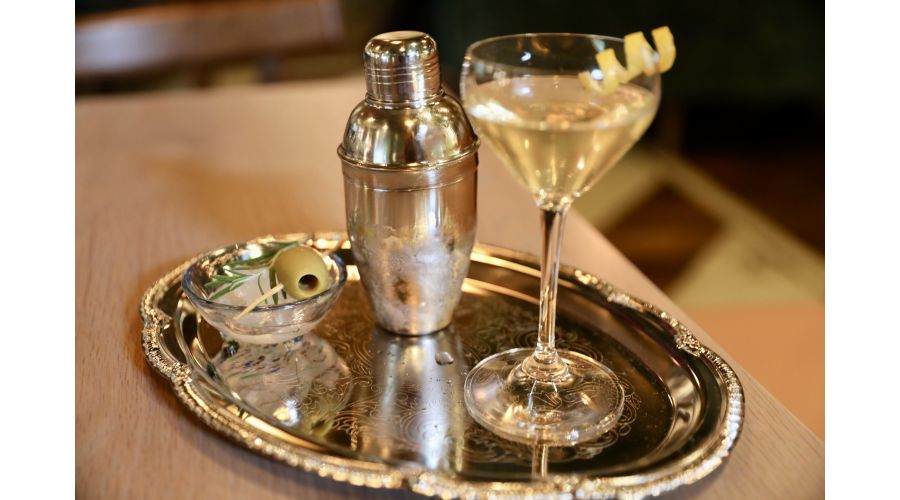 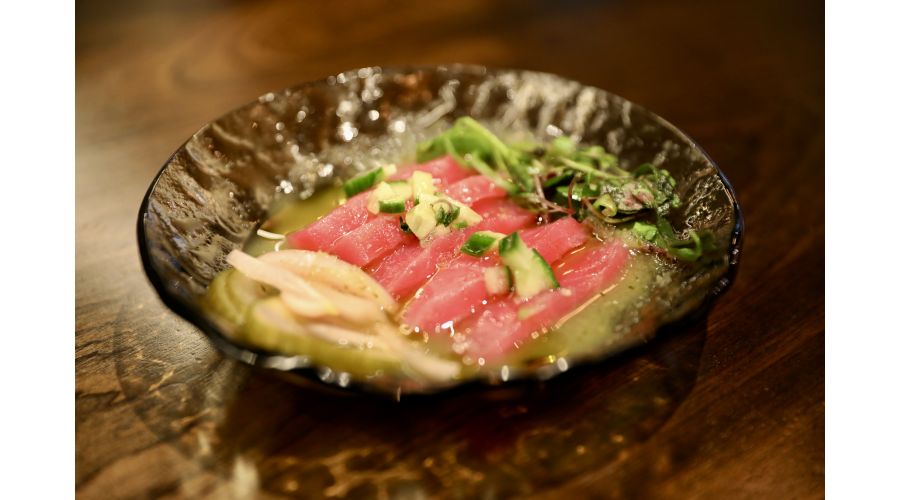 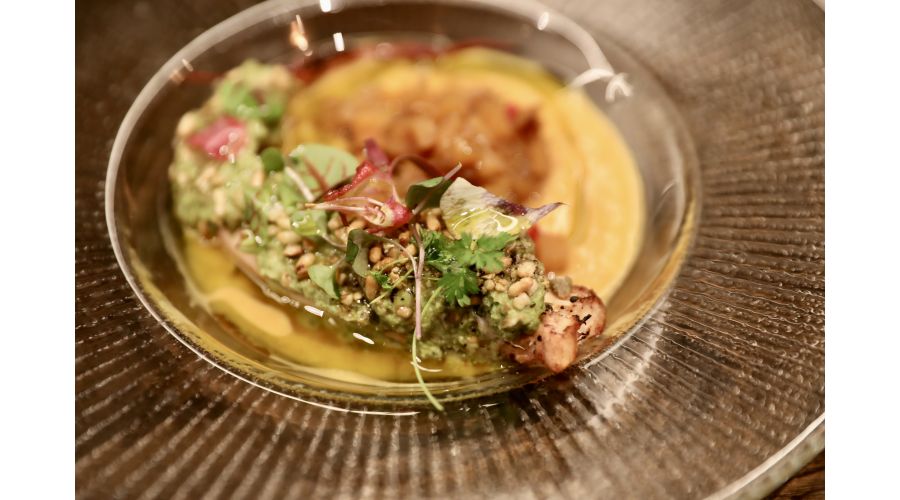 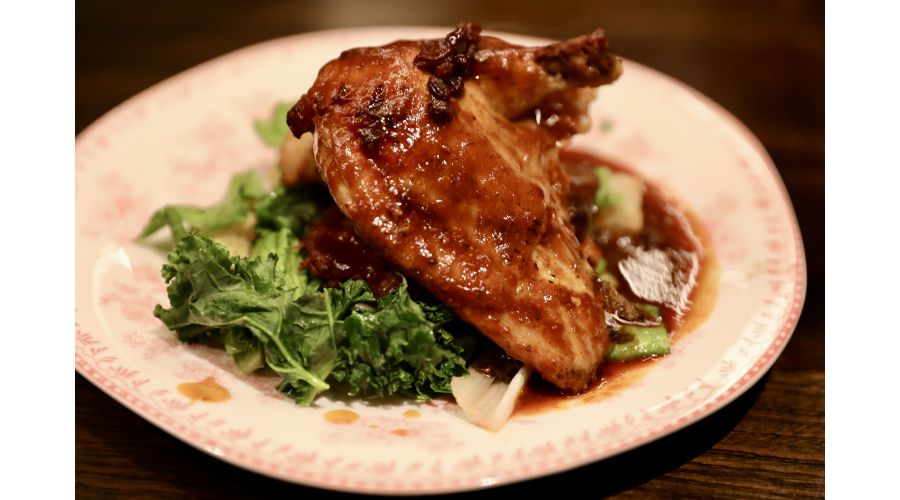 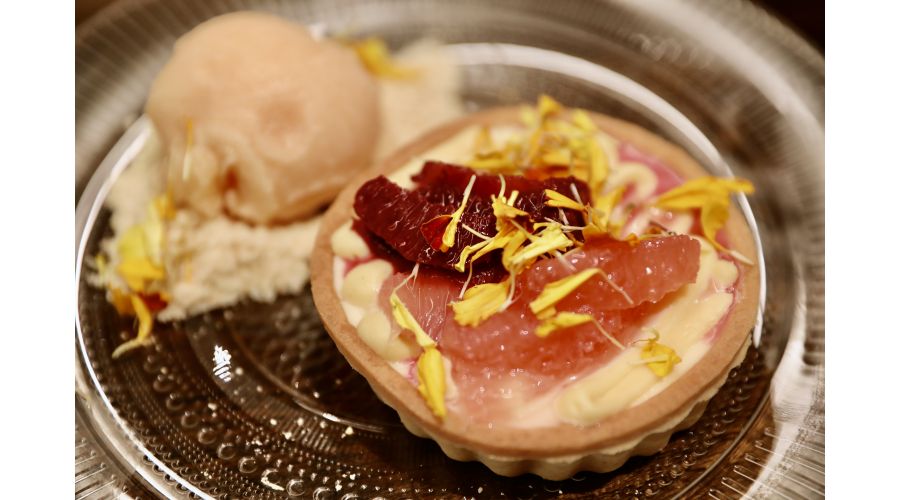